Where is the Lingering Oil Today and How Much is Left? 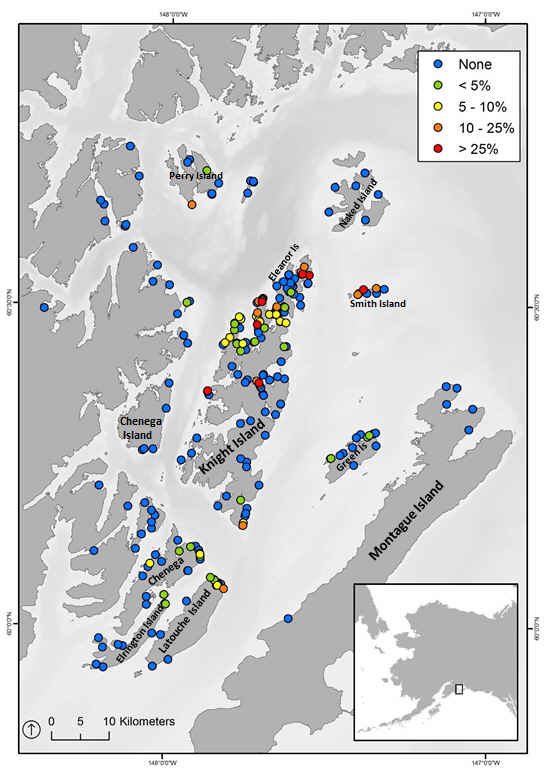 Figure 2. Location of shoreline segments symbolized by the percentage of pits with subsurface oiling in Prince William Sound for surveys conducted in 2001, 2003, and 2007.

Carls et al. (2016) re-sampled six segments in Prince William Sound in 2015, using the same methods as Short et al. (2004) in 2001. They dug 400 pits in these six segments and found that there has been essentially no change in the percent of pits that were oiled and thus no significant changes in the estimated total area with subsurface oiling at each site. The authors also reported no significant differences in average subsurface oil mass per unit area for areas reported by Short et al. (2004) as having light, medium or heavily-oiled residues.

Though this investigation was more limited in location and scope, these results imply that there is little ongoing change in the amount of subsurface oil in Prince William Sound at present.