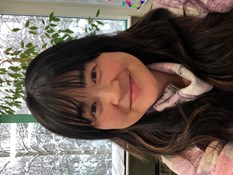 Shiway Wang was appointed to Acting Executive Director on March 1, 2021. She has also served as the Science Director for the Trustee Council since she joined the EVOSTC in July 2017. As Acting Executive Director, Shiway will lead and manage all aspects of the Council's operations. Shiway will continue in her role as Science Director as well, overseeing the scientific research, monitoring, and general restoration programs funded by the Council. Prior to joining the Council's staff, Shiway was a post-doctoral researcher at the University of Alaska Anchorage where she analyzed stable isotope data to understand critical aspects of Aleutian tern biology. Before transitioning into science administration, Shiway's research activities focused on using biochemical methods to better understand marine food webs and trace dietary biomarkers through marine ecosystems, including the Arctic, Bering Sea and Gulf of Alaska. She holds a BS in Chemical Engineering from University of Colorado Boulder (1996), and a MS (2005) and PhD (2014) in Marine Biology from University of Alaska Fairbanks.