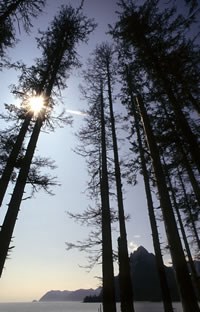 Injury
The spill deposited oil into the waters and tidelands adjoining areas designated as Wilderness or Wilderness Study Areas by Congress or the Alaska State Legislature. During the intense clean-up seasons of 1989 and 1990, thousands of workers and hundreds of pieces of equipment were at work in the spill zone. This activity was an unprecedented imposition of people, noise, and activity on the area's undeveloped and normally sparsely occupied landscape. Although human activity levels on these wilderness shores have returned to normal, lingering oil still occurs at some locations. The spill-affected areas were: designated wilderness in the Katmai National Park, wilderness study areas in the Chugach National Forest and Kenai Fjords National Park, and Kachemak Bay Wilderness State Park.

Recovery Objective
Designated wilderness areas will have recovered when oil is no longer encountered in them and the public perceives that they are recovered from the spill.

Recovery Status
Six moderately to heavily oiled sites on the Kenai and Katmai coasts were surveyed in 1994, at which time some oil mousse persisted in a remarkably unweathered state on boulder-armored beaches at five sites. These sites were visited again in 1999, and oil was found along park shorelines of the Katmai coast. Surveys carried out in 2001 and 2003 to determine the surface and subsurface distribution of oil in Prince William Sound found lingering oil on shorelines within designated wilderness study areas. Finally, in 2005 the sites surveyed in 1999 were again sampled. Although surface cover of oil had declined, the subsurface oil persisted in amounts similar to those found in 1999. Moreover, the oil at those sites was compositionally similar to samples collected 11 days after the spill. 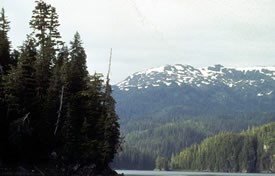