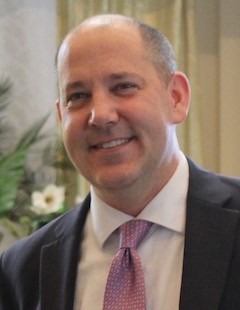 Jason W. Brune was appointed as the Commissioner of the Department of Environmental Conservation on December 3, 2018. Prior to his appointment, Mr. Brune was the senior director of land and resources at Cook Inlet Region Inc. (CIRI), an Alaska Native Corporation. Mr. Brune oversaw and participated in the development and administration of CIRI’s 1.6 million acres of subsurface resources, including oil, gas, minerals, sand and gravel, and coal. He supervised the team’s staff, environmental contractors, stakeholder management, and legal review, while building relationships with CIRI’s villages. Mr. Brune also worked to identify priorities for addressing contaminated lands. Prior to working at CIRI, Mr. Brune worked for Anglo American as the company’s public affairs and government relations manager.

Brune is also the former executive director for the Resource Development Council. He has a bachelor’s degree in biology from Carleton College and his graduate work was in environmental science at Alaska Pacific University.